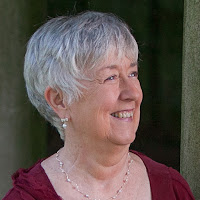 Fear is a part of life—there are risks all around us. Courage is feeling fear and getting on with it anyway. That’s a lesson I learned early.

Life is a risk. Getting married is a huge risk. Having children isn’t as much of a risk medically as it was for women a hundred years ago, but it is still a huge risk financially and emotionally. In the professional realm, taking a job is a risk; quitting one is an even bigger one.

I once worked in a public library. Some libraries have happy staffs that function as a family. That one was a dysfunctional mess with a manipulative power-driven director, whose techniques were so subtle they took me two years to fully face and realize. When I did, I quit. I had worked hard to finish my professional masters while raising children. That job was my first professional position. And I quit. It was a risk. 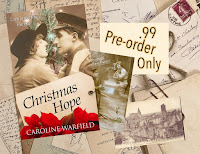 me in a particularly punitive manner. I was tempted, but I didn’t. I found a job first. The one I found quickly was part-time, clerical, and not what I went to school for, but it was close to home. I didn’t have to work two nights a week and every other weekend.

It turned out to be the best career move I ever made. It turned out to be an environment where, if you had a good idea, you could do it. I thought I was hired to write abstracts about technology products for disabled children. In the end I created a searchable database from the ground up, set up a searchable front end, and (this was pre-WWW times) gave it dial access. I learned to manage it remotely from home, and I wrote technical documentation for it. Unfortunately it was a federally funded project and eventually funding was pulled. At that point I had a professional resume that took me many places I couldn’t have imagined in library school. Was the risk worth it? Oh yes. 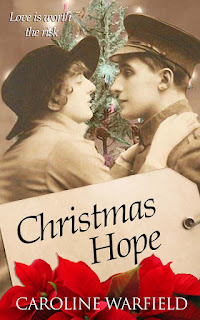 I’ve realized lately that risk-taking is a factor in every story I write. Sooner or later both hero and heroine have to leap into the unknown and take a chance. My newest release, Christmas Hope is no exception. It takes place during World War I, and duty demands that the hero, a Canadian soldier, lead men into the face of German guns. Loving the heroine, a French widow with a tiny son, terrifies him as well, though he’d never admit it. He can’t protect her in those terrible times, and every time he manages to see her, he isn’t sure he can come back. But she reminds him of life beyond the mire of war and gives him hope.

Award winning author of historical romance often set in the 19th Century, Caroline Warfield reckons she is on at least her third act, happily working in an office surrounded by windows where she lets her characters lead her to adventures in England and the far-flung corners of the world. Christmas Hope is a departure, but as in all her books, she nudges characters to explore the riskiest territory of all, the human heart, because love is worth the risk.
Website
Amazon Page
Good Reads
Facebook
Twitter
Newsletter
BookBub