My mother had a thing about hair. She had, actually at 88 still has, beautiful hair. But she doesn't want hair anywhere near her kitchen or food. If she finds a hair in her food, she gags. Growing up, we weren't allowed anywhere near the kitchen with a comb or brush. One time, when we were on an airplane, the lady next to her pulled out a hairbrush and took to brushing her long tresses. I thought Mom was going to have the flight attendant throw the lady off the plane. What is the root of my mother's fear of swallowing hair? Have no idea, but I Googled to learn if her fear has merit. I learned than if we ingest too much hair it can lead to a hairball (trichobezoars) forming in our stomach which is not only painful but can have other bad consequences. Hair is made of a protein called keratin which humans can't break down. And even if we don't swallow enough to form a ball, bacteria can catch a ride on a hair and that bacteria could make you sick. Moms know best!

Do we really see ourselves like others see us? Why not? I don't have the answer. Sorry. Poor self- image leads to all sorts of problems like anorexia and low-self esteem. I think over inflated image can lead to narcissism. I know for sure not seeing oneself clearly can lead to future embarrassment. What was I thinking when I was eight months pregnant with bright blue eye shadow and a long red checked dress that looked like an Italian table cloth? Or how about the REALLY big hair and bright red lipstick?

Open the drain after washing dishes and the last of the soap bubbles won't go down? If you run cold water instead of hot, they'll disappear down the drain faster. Yeah, I don't know, but I do it anyway.

To reduce your allergy attacks, leave your shoes outside the door, wipe off pets before they enter the house, and take a shower to rinse off that pesky pollen before bedtime. 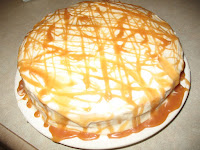 Sugar is linked to heart disease. White carbs (white bread, white rice, and white pasta) are broken down in your body just like sugar. Whole grains are a better choice.

I've suffered from a bad back for three decades. I have two tips for you. For prevention, do squats daily. Be sure you put the weight on your heels and come up fully between each one. I do a routine that includes wide leg squats, one legged squats, reaching forward squats, and narrow stance squats. This routine was my savior when one doctor wanted to do surgery, and I refused. As long as I'm faithful and don't lift heavy stuff, I stay relatively pain free. When I don't follow my own advice and feel the twinge of a backache impending, I take two ibuprofen and three hours later take two acetaminophen. That will usually do the trick, but for bad cases, I repeat again. But see a doctor before you follow my regimen. Could be you have some ailment different than what I have.
Posted by Brenda Whiteside at 12:30 AM