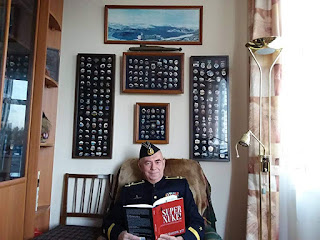 I am honored to have Charles Cranston Jett as my guest blogger today. Cold War, attack submarines, and the amazing top-secret part he played makes for exciting reading. Enjoy!

Young Naval officers are often exposed to some of the most sensitive secrets in our government. In particular, the US Naval Nuclear Submarine force carried out active engagements with the former Soviet Union throughout the Cold War. Former Secretary of State Colin Powell put it like this: “The most effective weapons system the United States had to bring an end to the former Soviet Union was the US Naval Nuclear Submarine force. The Polaris nuclear submarines (missile carriers) had a gun to their heads; and the nuclear attack submarines had ‘em by the balls.”

One of the most effective of these attack submarines was the 637 or “Sturgeon” class which made their appearance in the late 1960’s. I had the good fortune to be the Electric and Reactor Control Officer to build the USS Ray (SSN 653) and then served as the Operations Officer on the first three super-secret missions. Our boat was the first operational nuclear submarine of this class. The USS Ray is the “Super Nuke.”

What we did was classified at the top-secret code-word level, and I sat on these secrets for almost fifty years. With the permission and clearance of the US Navy, I published a memoir about the contributions of this magnificent ship to the rest of the nuclear submarine force both as a tribute to a brilliant crew, to motivate young people to enter the Naval nuclear power service, and to show the US taxpayer that their money was well spent. 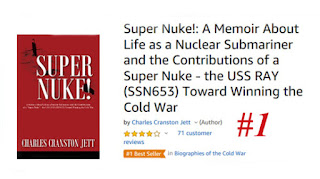 When “Super Nuke” was published, it rose to #1 on the Amazon best seller list for Cold War biographies and remained in that position for over two months.

The story told is how I, as a young Naval office, created a new concept of training for deploying nuclear submarines in both the Atlantic and Pacific, created a still-classified plotting technique called the “Geo Plot” to successfully perform close-in surveillance of the Soviet submarines, and created the tactical doctrine for the deployment of the secret electronic and communications intelligence system from the nuclear submarine platform.

I wasn’t given the task to do this – but rather did it on my own and took the immense risk of bypassing some of my superior officers with the concept – mainly because they did not have the clearance to know what I was doing.

In the end, the program I created was immensely successful and became submarine force wide – and, as some say, “A little part of the ‘Super Nuke’ went along with every nuclear submarine deployment during the cold war.” What I created is now a major flag command.

Charles Cranston Jett has authored six books – four are non-fiction and two are historical fiction.  Non-fiction includes: WANTED: Eight Critical Skills You Need to Succeed;” “The Doom Loop;” “Field Studies.” And the historical fiction books include: “Bess;” and “Bess II.” The “Bess series” is about a young, 21 year old single and gay woman who, in 1908, ventures to far southwestern North Dakota, homesteads, and builds a large ranch. She fights the dangers of the early west, copes with her feelings and sexuality, and endures the prejudices about religion and being gay during a time when that was taboo.

You can find out more about Charles at  https://charlescranstonjett.com/
The link to Amazon is: https://www.amazon.com/Charles-Cranston-Jett/e/B00S03T7LC/ref=dp_byline_cont_book_1 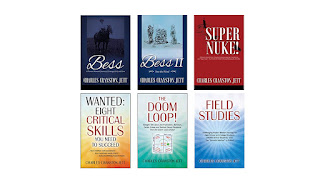