The #Villains We Love to Hate by Alice Renaud #fantasy 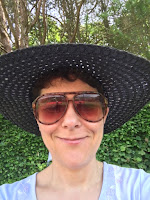 Please welcome Alice Renaud who loves villains as much as I do...

Villains! Don’t you love them? A good villain really spices up a story, gives the heroes someone to fight against, and drives the plot forward. Who can forget the evil witch in Hansel and Gretel, or Cruella de Vil and her Dalmatian coat? If you looked at her and murmured, “Oooh, I’d like a coat like that,” congratulations! You had an eye for fashion, as well as, possibly, psychopathic tendencies. But maybe that was just me.

As we grow up, we gravitate towards more complex villains. For me, the best villains are the ones that hold the possibility of redemption. The villains that might, just might, become your friend, unite with you against a common enemy, or even save your life! And also, the funny ones. We all love a villain who makes us laugh.

So here are my top 5 favourite villains. Who would make your list? Let me know in the comments!

Darth Vader. The ultimate villain, dark, powerful, mysterious – and he redeems himself through his amazing sacrifice to save his son.

Snape in the Harry Potter saga. He’s a baddie who was really a goodie all along! A tragic, romantic hero, played in the films by the great, late, Alan Rickman. 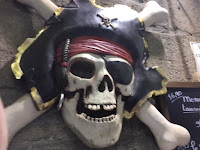 Any pirate, real or imaginary. Who hasn’t dreamt of being whisked away by a dashing baddie, cutlass in hand? If he looks like Johnny Depp in his prime, all the better!

Villanelle, played by Jodie Comer in Killing Eve. The best female baddie ever, the perfect psychopath, and yes, she’s as funny as hell, and just as inhuman.

In my book A Merman’s Choice, the villain is Rhys Regor, leader of the Regor Merman Clan. He hates humans, and is determined to stop the hero, Yann, from hooking up with the delicious Alex – because Alex is human. But Rhys softens up eventually, when he becomes a grandfather. It does take him two books, though!

Meet him and my heroes in A Merman’s Choice, buy here: https://books2read.com/u/31xw7a

Mermen are forbidden from marrying humans. When Yann falls in love with Alex, he faces the most difficult choice of his life. A hot and tender forbidden love story between a shape shifting merman and a young woman, set in a mysterious island off the coast of Wales.

Bio: Alice lives in London, UK, with her husband and son. By day she's a compliance manager for a pharmaceutical company. By night she writes fantasy romance about shape shifting mermen, water monsters and lovelorn witches.