The Monsters Are Real by Augustina Van Hoven #fantasy #paranormal

Join me in welcoming Augustina Van Hoven to Wicked Wednesday. The idea that there is truth in fiction, in our myths, gives me the chills. Read on! 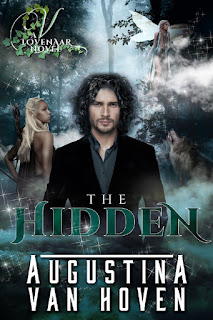 Have you ever wondered why all cultures on earth have the same myths and legends?  Men who can turn into animals, men who drink the blood of others, elves, fairies, magic? That was the question I asked myself when I started my new book, The Hidden. Since all cultures have stories about these creatures there has to be some basis.  I went on the assumption that there are so many stories because these creatures are real. That brought up the next question, what are their intentions?

So many stories have at their base, the concept of good versus evil.  In my story there is a villain.  Even though he is introduced, it’s his minions who put my hero, the vampire Valerian DuCharme, and heroine, Lily Montgomery, in danger.

Excerpt:
Karl glanced over at Lily. “Are you sure you know how to shoot that thing?” he asked.
Lily tried to hold the rifle steady. Between the snow, the wind, and the cold, she had trouble keeping the wolf she was targeting in her sights. “Yes, I can shoot. My father used to take me duck hunting when I was a teenager.”
“Did you ever hit anything?” Karl kept his eyes on his target, the other wolf.
“I have a trophy on my mantelpiece that says I did.”
The wolf was using the large rock in front of it as a shield. But it didn’t quite fit. At times, parts of its tail, legs, and sometimes even its head showed. With the rifle and scope, she knew she could hit the animal if it came for her.
A piercing howl sounded in the wind.
“I see only two wolves. Where’s the third?” Karl shifted his aim.
“I don’t know; I’m still aiming at the same one.”
A yelp sounded from behind them, and the missing wolf ran past them. The piercing howl sounded again, only closer this time. A moment later, a fourth wolf came into view.
“Oh, crap.” Karl moved to target the new wolf.
Lily nearly jumped out of her skin when Valerian’s voice sounded behind her.
“Need a hand?”
“What are you doing up?” Karl asked. He tried to hide it, but his relief sounded in his words.
“I got bored.” Valerian scanned the four wolves. “Didn’t I teach you not to play with strange animals?”
“Yeah, well, nobody told them.” Karl shifted his position again. “There are more weapons in my duffel bag, if you want to make yourself useful.”
Valerian smiled. Karl had a good mix of courage and gall; he’d chosen his assistant well.

The Hidden, releases on March 24th

The monsters are real

For most of her life, Lily Montgomery had thought the creatures that inhabited her dreams lived on only in the pages of the horror novels she wrote. Until she was kidnapped by a vampire and forced to go on the run from werewolves and other shapeshifters. And from her emotions. For, against all reason, her heart was also at risk of being captured by the vampire.

Valerian DuCharme had been turned into a vampire against his will. But in the turning, he did not lose his charisma or his caring. Now the enforcer for one of the princely houses of the Community, he tried to ensure the safety of anyone who came within range. And of many who didn’t. But it was all reflex, until he met Lily. And emotions he hadn’t felt for hundreds of years surfaced. 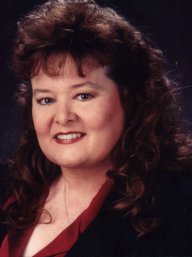 Augustina Van Hoven was born in The Netherlands and currently resides in the Pacific Northwest with her husband, dog and two cats.   She is an avid reader of romance, science fiction and fantasy.  When she’s not writing she likes to work in her garden or in the winter months crochet and knit on her knitting machines.

Posted by Brenda Whiteside at 6:55 AM