I love author stories and how they got to where they are. Let's listen to one of my favorite guests, Dee S. Knight.

Fearlessly going where no man has ever gone before…

That's how it felt the first time I submitted something I had created—fresh, from my own little pea-brain—to a publisher for the first time. I imagine I'm not alone in that. To submit your work to a publisher—or anyone—for a critical review is one of the scariest things a person can do. Yet, being fearless is a requisite for being an author.

In the dictionary, the definitions for author and writer are pretty similar. But I want to separate them. I want to say that "writer" is someone who puts something to paper (or disc or the cloud). It can be a book, a short story, a white paper, anything, really. A writer's intention might be just to amuse himself/herself, and perhaps never show their work to another person. An "author" is someone who creates a product using the written word for others to read.

I have a friend who wrote the opening chapters of a book and asked me to read it for feedback. Like an idiot, I said okay. Reading another person's work—a friend's work—can be a touchy thing. You want to be honest and yet not risk the friendship. So I tried to be diplomatic when I told my friend that something she had included in her writing might keep her from being published. "Oh, I don't care about that," she said. "I write for myself. I don't intend to send this to a publisher." Okay, I thought. But then, why ask me to read it? In my heart of hearts, I thought my friend was fearful. I think she wanted affirmation that her book could be published, but she was afraid of sending it off and finding out that it couldn't. And maybe it would have been published. She'll never know because she wasn't fearless enough to send it off.

Haven't we all had that fear? Haven't we all had rejections and had to pull ourselves together and try again? Authors are often thought to be introverts and solitary people. It's true to a point. But we can't be mice, cringing in the corner when it comes to our work. For that, we engage with the outside world or we would never be read. And creating, honing our craft, publishing, and being read is what all the effort is about. For that we must be fearless.

When asked for advice to give new writers, I usually say to write, write, write. But I should add to that, to be fearless enough to send your finished, polished work to an agent, editor, or publisher. Without that final step, using my definitions, you might be a writer, but you won't be an author. 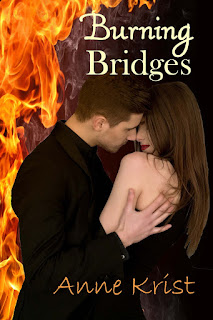 Burning Bridges is a book I’ve been fearless about three times! Right after I wrote the book, I sent it to publishers and agents. There were no bites (though there were nibbles), so I sent it to a well-known online publisher. I received the rights back last year and have now published it myself.

Blurb:
Consider the role of strangers in our lives. An unknown postman in Virginia hides a bag of mail one day. His simple action set in motion untold consequences for many others—strangers—all over the country. How many bridges were burned in that forgotten mail pouch?

Sara Richards’s world is rocked when three love letters from 1970 are delivered decades late. The letters were written by Paul Steinert, a young sailor who took her innocence with whispered words of love and promises of forever before leaving for Vietnam. Sara is left behind, broken hearted and secretly pregnant, yearning for letters she never received.

Now, years later, she discovers the betrayal wasn’t Paul’s, when her mother confesses to a sin that changed their lives forever. How can Sara reveal to Paul’s parents that they have a granddaughter they’ve missed the chance to know? Even worse, how will she find the words to tell her daughter that she’s lived her life in the shadow of a lie?

Picking her way through the minefields of secrets, distrust, and betrayal, Sara finds that putting her life together again while crossing burning bridges will be the hardest thing she’s ever done. 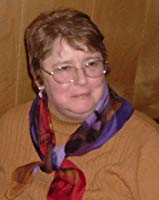 About Dee S. Knight
A few years ago, Dee S. Knight began writing, making getting up in the morning fun. During the day, her characters killed people, fell in love, became drunk with power, or sober with responsibility. And they had sex, lots of sex.

After a while, Dee split her personality into thirds. She writes as Anne Krist for sweeter romances, and Jenna Stewart for ménage and shifter stories. All three of her personas are found on the Nomad Authors website (www.nomadauthors.com). Fortunately, Dee’s high school sweetheart is the love of her life and husband to all three ladies! Once a month, look for Dee’s Charity Sunday blog posts, where your comment can support a selected charity.